A particular type of ketogenic diet has been shown to help neurological diseases like Alzheimer’s. Alzheimer’s does not simply result from the build-up of amyloid plaques, but rather the amyloid plaques are produced by the brain in a last-ditch effort to protect itself from three types of threats:

–Chronic inflammation (from diet, infection, or other causes)
–Shortage of nutrients, hormones, and other brain-supporting molecules
–Overload of toxic substances

So rather than only targeting amyloid plaques (as many Alzheimer’s drugs do), it is critical to first remove the underlying cause of why the amyloid plaques are there in the first place. This is where Dr. Dale Bredesen and his revolutionized diet, KetoFlex, comes into play.
The KetoFlex diet prevents and reduces inflammation by focusing on anti-inflammatory foods. It also optimizes nutrients, hormones, and brain-supportive compounds through the use of specific supplements in addition to a whole-foods diet. Finally, KetoFlex eliminates toxins through using detoxifying foods (like cruciferous vegetables), sauna therapy, proper hydration, and increasing compounds that aid in detox, like glutathione. 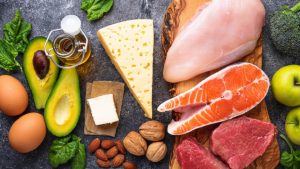 Following the KetoFlex diet and protocol will give our brain no reason to produce amyloid plaque in the first place, and indeed will shrink existing plaque in those with mild cognitive impairments or early-stage Alzheimer’s.

The main aspects of the diet itself revolves around entering into ketosis. This is a state your body transitions into when it starts burning fat for energy (instead of burning its usual glucose for energy). When the body burns fat, it produces ketones. When ketone levels reach a certain point, a person enters ketosis.

WHAT’S BAD ABOUT BURNING GLUCOSE FOR ENERGY? WHAT DOES IT HAVE TO DO WITH ALZHEIMER’S?

Glucose comes from carbohydrates in our diet. When we eat too many carbohydrates, we have a lot of glucose circulating in our bloodstream. Insulin shuttles glucose away into our bodies cells, leaving us with chronically high insulin levels and insulin resistance (and type 2 diabetes if left uncontrolled long enough). Luckily, we have an enzyme that degrades the insulin after it does it’s job. This enzyme is so amazing that it also degrades amyloid plaque! Great news, right? Well, the problem is that this enzyme can’t degrade both at once. If it is busy breaking down chronically high insulin (which would be an endless job), then it will not be breaking down amyloid plaque. This is why having chronically high levels of insulin increases the risk for Alzheimer’s Disease.
On the KetoFlex diet, our bodies are burning fat for energy, which means we are not using insulin. This allows our special enzyme to focus on breaking down amyloid plaque instead of insulin. 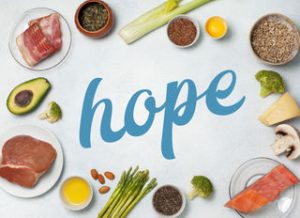 Another benefit of entering ketosis is that the body produces ketone bodies, and one of these ketone bodies actually increases the production of a brain-supportive molecule, called brain derived neurotrophic factor (or BDNF). BDNF supports brain neurons and synapses among other cognitive effects.

KETOFLEX DIET BY THE NUMBERS:
–High fat (60%-75% of daily calories or about 40-50 grams per meal)
–Low carb (5%-10% of daily calories or about 30 grams per day)
–Eat foods with a glycemic index of 35 or lower
–Avoid eating for at least 12 hours between dinner and breakfast the next day
–Eat dinner at least 3 hours before going to bed
–Exercise for 45-60 minutes, four or five days per week
–Get 8 hours of sleep per night

Check out the comments below for the lists of foods to eat and avoid!

Learn more about Dr. Bredesen and his protocol for reversing Alzheimer’s with the KetoFlex diet. Also check out his book, “The End of Alzheimer’s.”